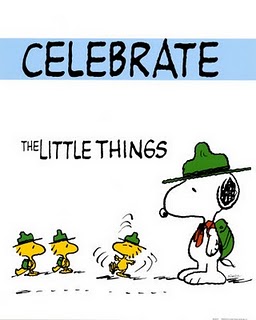 I know, I know. My blog skills stink.

Never mind that one of my New Year’s resolutions was to blog regularly. Like three times a week. And here it is, nearly mid-March and I’ve posted ONCE in 2011.

That Beck song just jumped into my head. (I’m a loser, baby…)

To make up for my lack of blog posts, I want to share a bit of FANTASTIC news. So fantastic that I feel the need to use all caps, which is the typing equivalent of shouting from the rooftop.

I’ve signed a few new book contracts over the past few months. And while a few people know about them, I haven’t really made an “official” announcement.

Love Finds You in Lancaster County, Pennsylvania will be releasing in just a few short months (July) from Summerside Press! (remember when I said I was very busy, super busy…well, I’ve been busy writing this book!)

For those of you who read Love Finds You in Charm, Ohio, you will (hopefully) be thrilled to know that we get to peek in on how Emma and Abby are doing today. And even better, Love Finds You in Lancaster County, PA, revolves around Lydia Ann–you might remember her as being Emma and Abby’s widowed cousin. Here’s a blurb:

Starting over in Lancaster, Amish-born Lydia Ann soon finds a second chance at love with woodworker Simon Zook. But will his secret cause her even more heartbreak? And when her friend—Southern belle Caroline—starts a low-key romance with reporter Michael Landis, the paparazzi suddenly start stalking her again. Is he to blame?

All Shook Up, the first in a three book Heartsong series is (I believe) scheduled to release in January 2012. I’m SO excited about this series because it is set in Memphis! Here’s a blurb:

Wedding planner and Memphis native Suzanne Simpson finds love with writer Nick Taggert after a chance meeting during Elvis Week at Graceland. But Suzanne’s past mistakes and Nick’s penchant for keeping secrets may prove to be more than their relationship can withstand.

A Wedding to Remember in Charleston, South Carolina part of a new line from Barbour, will release in February 2012. And if you read Love is Grand and remember the elderly sisters, Mary and Mavis, you’ll be happy to know they make a guest appearance in this book! I loved them so much I just had to include them. Here’s a blurb:

An estranged couple, an impending hurricane, and a motley crew of stranded tourists come together for a wedding like no other.

Summer Nelson’s life is spinning out of control. She and her husband, Luke, have been separated for three months—and as far as she can tell, there’s no hope of reconciliation. Summer feels like a complete failure. To make matters even worse, her once-successful wedding planning business is on the verge of going under—thanks to an overactive hurricane season.

Luke Nelson has always been taught that history repeats itself, so he isn’t surprised that his marriage is on the rocks. After all, he’s no different than the other men in his family—and successful relationships have always eluded the Nelson men. Luke knows that walking out on Summer was the biggest mistake of his life—but he has no idea how to fix it.

As a hurricane churns toward them, Summer and Luke find themselves trapped together at the location of one of Summer’s weddings. Can they reconcile their differences and come through the storm a strengthened couple? Or will the stress of a crisis further tear them apart?

Rainbow’s End, a novella anthology I’m doing with Valerie Comer, Nicole O’Dell, and Cara Putman that should be out sometime next Spring. I’m so excited about working on this one!

Treasure seekers unite at the Rainbow’s End geocache hunt along Lake of the Ozarks, but some soon discover more challenges than they expected. Can Lyssa discover life and love exist even in the midst of ministry? Can Hadley let go of her insecurities and raise her expectations? Can Reagan step out of her comfort zone, making life-changing decisions on her own? Can Madison let down her guard and learn to listen to her heart? Join them as they seek to uncover life’s true treasures.

Beneath the Surface (my story in the anthology)–When Madison Wallace’s sister signs the two of them up to participate in the Rainbow’s End Treasure Hunt, Madison is less than thrilled. She isn’t the most outdoorsy girl in the world, so spending two months traipsing around the Ozarks isn’t her idea of fun. Especially when her sister has to back out at the last minute. Grant Simmons loves the outdoors. He jumps at the chance to participate in the treasure hunt with his grandfather, but when the elderly man’s health takes a turn for the worse, Grant is without a partner. When Madison and Grant find themselves teamed up for the treasure hunt, their differences quickly rise to the surface. Will Madison be able to break through Grant’s walls and get him to open up? Can Grant look past Madison’s polished exterior to see that beneath the surface is a heart of gold? If these polar opposites can find common ground, they might find a love worth treasuring.

Well…what do you think? Do any of those sound like books that will go in your “to read” pile? I hope so! I’ll be talking about each of these projects more individually–especially when I get to share the covers with you!

View all posts by Annalisa Daughety